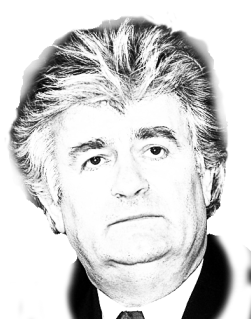 Did you know?
The Hunting Party was written and directed by Richard Shepard, who based the film off of an article published in Esquire magazine in 2000. The article entitled, "What I Did on My Summer Vacation" was written by Scott Anderson. Scott details his summer adventure in which he and several other journalist friends reunited in Bosnia to catch up and swap memories.


Although Bosnia had been at peace for over four years at the time of their reunion, the topic of war criminals still at large came up one night at a cafe in downtown Sarajevo. The U.S State Department's Diplomatic Security Service had recently announced $5 Million bounties for Dr. Radovan Karadzic and General Ratko Mladic, "architects of the Bosnian genocide."  The American government had posted for the capture of these two men along with Yugoslav president, Slobodan Milosevic.


This in and of itself was nothing strange. However, the journalists noticed that the toll-free informant hot line number that had been provided on the post only accepted calls from INSIDE the United States. With that the conspiracy theories began bouncing around the group. Eventually they came to the conclusion that the five of them would pile in a car, drive to Celebi'ci, find Dr. Radovan Karadzic and split the bounty money among themselves.


In a town near Celebi'ci, the five men met Boris, a Ukrainian man, at the UN security office. He seemed suspicious of them and offered to take them out to coffee to talk more about their "mission". It wasn't immediately clear to our journalist adventurers.. but Boris believed them to be undercover CIA agents on an operation to find the doctor. Not entirely denying the accusation, the journalists follow Boris to meet with a man who says he can give them the doctor in exchange for protection for him and his family along with a cut of the bounty. This man, Dragan, was claiming to be a high-ranking Serb secret policeman.


After hatching a plan with Dragan and Boris, Boris is suddenly removed from his position, telling the journalists that his involvement has been exposed and that they are all in danger. Dragan flees and goes into hiding, it turns out he actually IS a very high-raking secret policeman.  UN officials swoop in and chastise the journalists for impersonating a government official. The men maintain that they never impersonated anyone, and that it wasn't their fault that people assumed they were CIA agents.


At the end of his article about this whole ordeal, Anderson muses about how at the end, a lieutenant colonel said to them, "You know, in my twenty years of service, this is the strangest thing I've ever been involved in. It'd make a helluva movie." And indeed it did. Doctor Radovan Karadzic was finally arrested on July 21st, 2008.